After fieldwork missions to the mine of Mukungwe in 2011 and 2012, Sara Geenen and Klara Claessens published an article on the disputed access to Mukungwe mine. After this, the multinational Banro started exploration in this site and set up a negotiation process with artisanal miners and local communities. However, this negotiation process was interrupted after renewed violent outbreaks, leading to several wounded and death, and causing many artisanal miners to leave the mine.

The history of Mukungwe is rife with violence and coercion. Geenen and Claessens analyze the different ‘control mechanisms’ powerful actors use to maintain their control over the richness of Mukungwe’s subsoil. 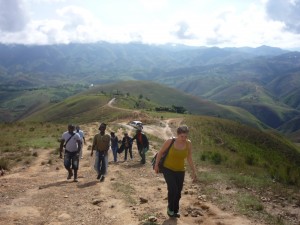